Lovely view into Emilia-Romagna from my balcony at Grand Hotel, San Marino

La Rocca o Guaita fort 650 meters above the  sea level - an incredible view!
The Adriatic sea with Rimini as seen from San Marino 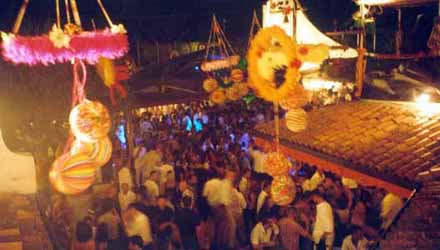 View of the landscape in the Le Marche region, close to Urbino 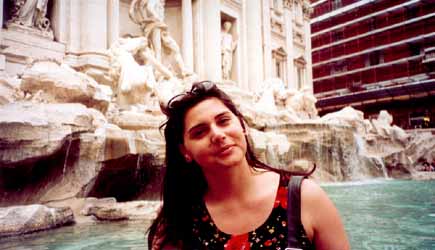 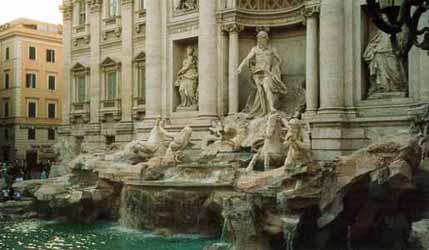 Fontana di Trevi, Roma (yes, I did throw in a coin!)

Il Vaticano: Piazza di San Pietro with the basilica in the centre 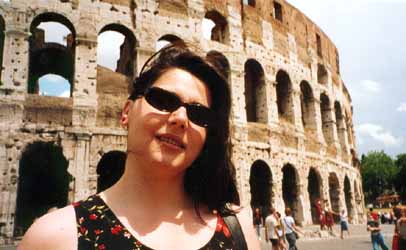 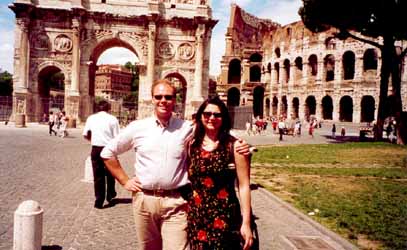 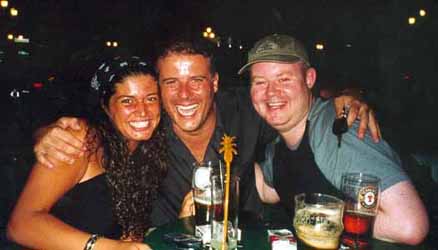 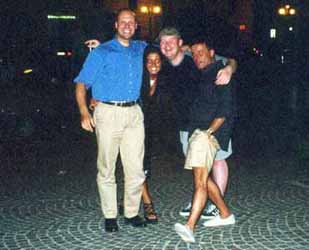 Friends gathering at the Easy Riders Irish Pub in Salerno,
Daniela, Carmine and Rory having a laugh together 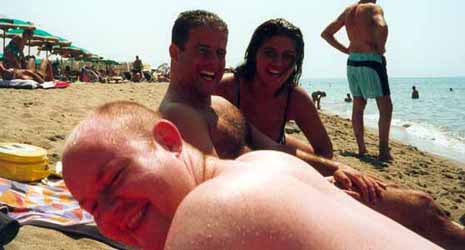 Same people on the beach south of Salerno the next day 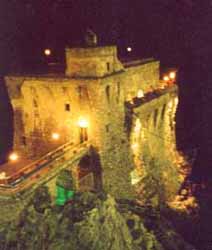 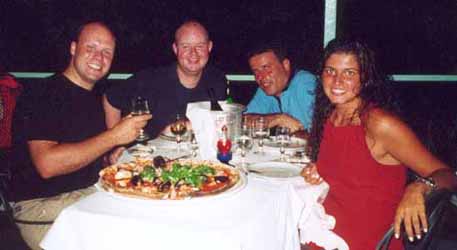 A delicious pizza (Napoli style) as served in the Torre Normande,
restaurant close to Maiori village on the Amalfi coast 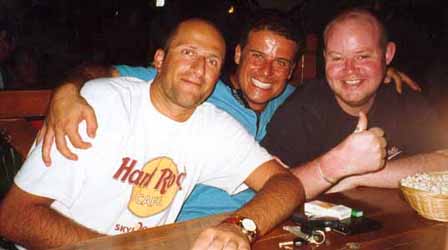 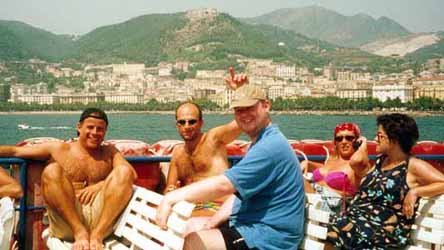 Next day aboard a boat heading from Salerno to Amalfi.
Carmine, Mario, Rory, Lucia and a friend of hers 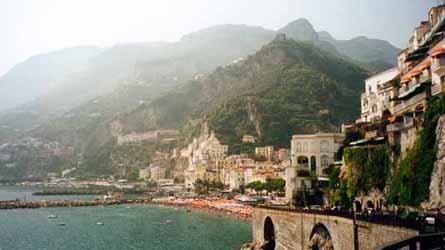 Amalfi village, one of several pearls on the Amalfi coast 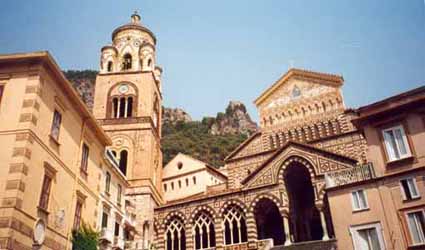 The Duomo Sant' Andrea in Amalfi, displaying its Arab-Norman exterior with origins
dating back to early 10th century Chiostro del Paradiso offers a beautiful view
of the bell tower of the Duomo - a great photo taken by Carmine 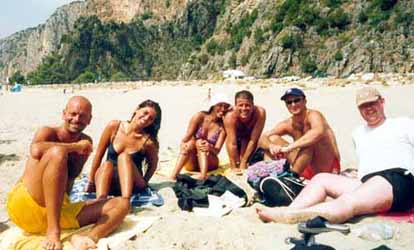 Spending yet another hot day on the beach, this time in Palinuro, 2˝ hours ride
south of Salerno. Mauritzio, Daniela, Rosario, Carmine, Mario and Rory 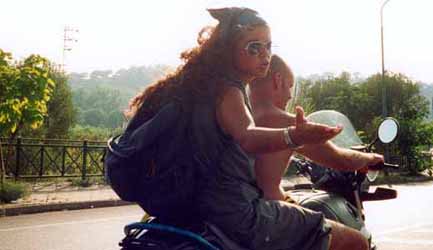 Daniela and Mauritzio riding his BMW, without helmets - of course! 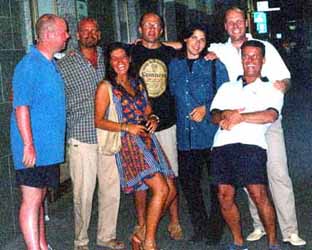 Teaming up at Salerno's railroad station to meet & greet
Milena upon her homecoming from Dublin [photo: D. Manzo]

South of Salerno lies Paestum, the remainings of one of Magna Greca's
many cities including some of the world's best preserved Greek temples 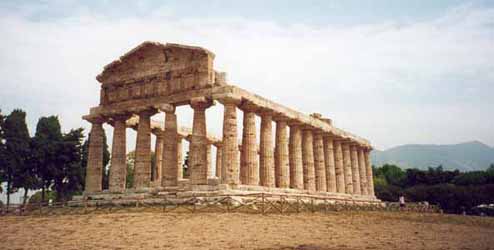 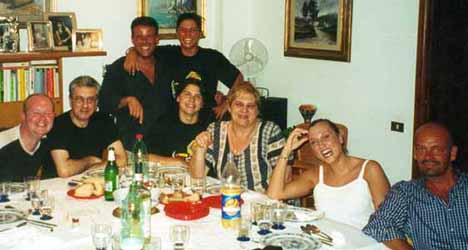 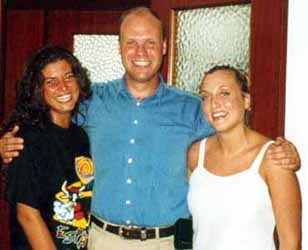 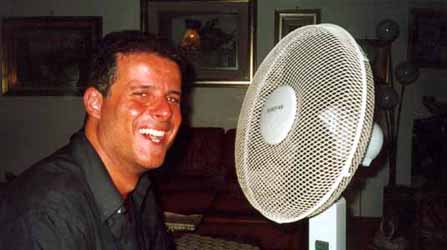 Even Carmine thought the humid heat too much sometimes -
that was quite a comfort to me! 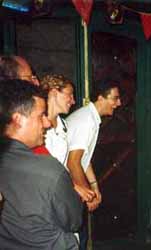 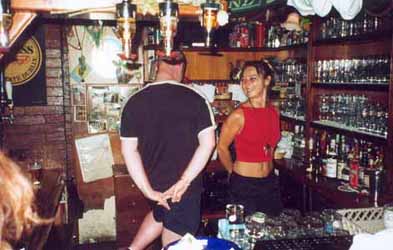 Friends having a good time at Easy Riders Irish pub in Salerno, as Rory
and the barmaid enjoys some traditional Irish dancing behind the bar 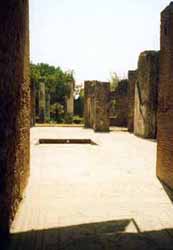 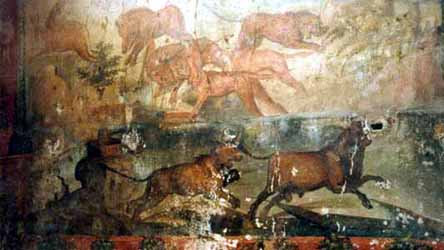 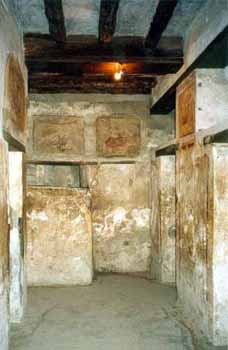 Another beautiful back-yard in Pompei and the 'lupinario', the city's brothel 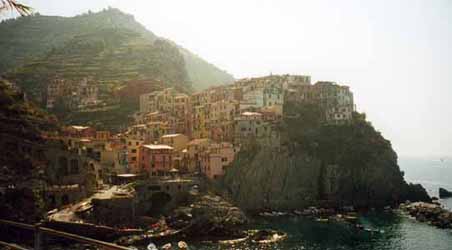 Manarola village, one of the Cinque Terre (five villages)
on the coast between La Spezia and Genova 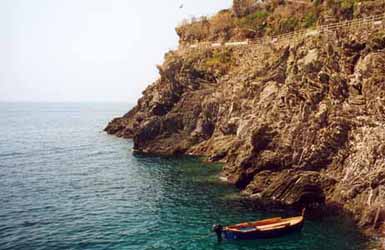 A beautiful alley in Corniglia, another of le Cinque Terre and a small
boat along the coast-line, close to the Manarola village

A veiw of the coast along the beautiful Cinque Terre coast

The 'Via dell Amore' walking path connects the five villages. This
beautiful stretch is between Riomaggiore and Manarola

Two views of the Rapallo bay 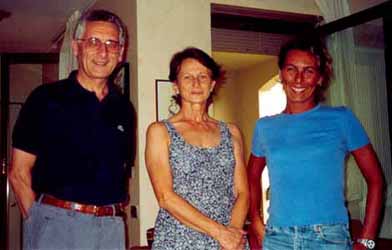 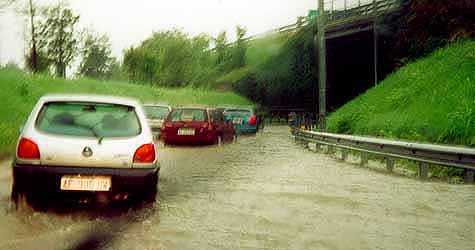 The Colnaghi family offered me a magnificent lunch which was a marvellous way to end my Italian journey.
Getting up on the highway from Milano out to the Malpensa airport was quite advenurous due to heavy rains