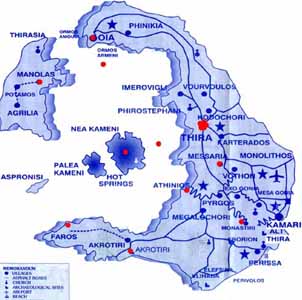 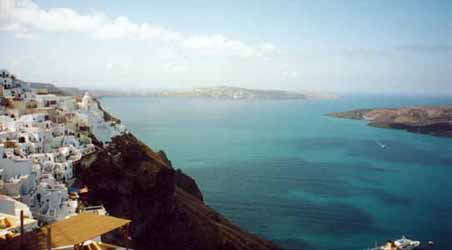 Map of Santorini or Thira which is its ancient (and to some people current)
name .The red spots indicates places visited and also shows where photos has been
taken. To the right  view to the SW over the Caldera from Santorini's capital Fira

View of the Caldera, to the NW from Fira

Palea Kameni, one of the volcanic islands in the Caldera

The crater of the still active volcano Palea Kameni. Fira is on the other side of Caldera 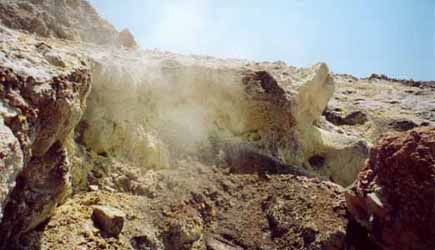 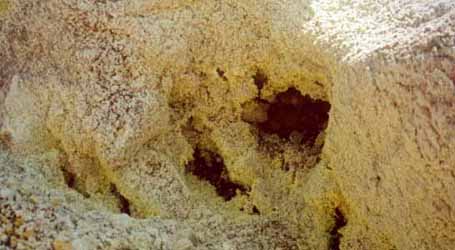 Volcanic gases sips out of the crater. Also the soil is notably hot here

Another view of Fira, Santorini's capital 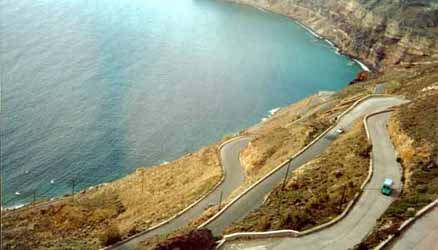 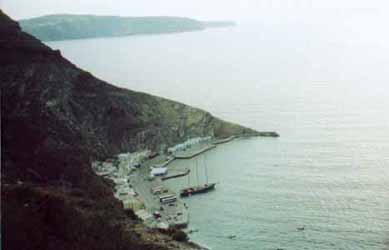 The serpentine curves down to Athinios, Santorini's new harbour are breathtaking. The
port is totally isolated, built on a site where no former settling exists 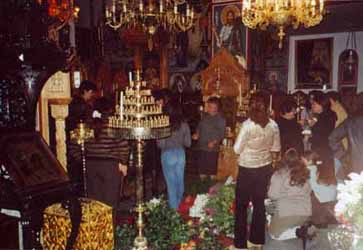 Easter preparations in a Greek ortodox church.  The flowers are to decorate the Epitafio,
or grave of Jesus. The small picture depicts a chapel on the island Thirasia.

Northern view from the peak of mount Profeti Ilias (567 m). The white areas are buildings, not snow!

View of Caldera to the NE from Faros 3500 years old urns at the Akrotiri excavations,
a city buried by volcanic eruptions way back then View of the village Ia Another view of Ia. (Note the semi-indoor swimming pool
in the lower central portion of the picture!)

The Caldera as seen from Ia, with the old castle in the centre

Beautiful sundown as seen to the north from Ia. The island to the right is Ios The Douka alley and the old venetian harbour in Chania

A mix of excavations and reconstructions of the Knossos palace

The lovely dirt road at the Falasarna excavations, western Crete

Serpentine curves down to the Falasarna bay 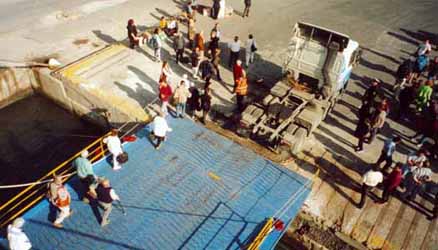 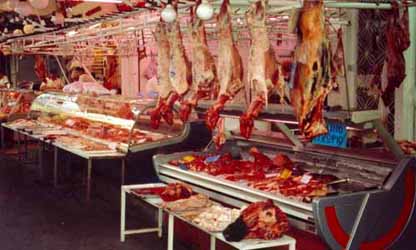 Full chaos when loading and unloading the El Greco ship simultaneously in Iraklio's harbour - wonderful!
A row of lambs ready for the Easter Sunday festivities (note the donkey's head with its mule intact!)